Spotlight On: Our monthly update with an in depth view on one of our favourite volunteering projects

Spotlight On: Volunteering with Lions

At Twin Work & Volunteer we have such a broad range of volunteer projects to support, often it’s hard to observe them collectively and fully see the positive effects our volunteer programmes have. That’s why we are starting our 'Spotlight On' section, which gives  you a behind the scenes  view of one project every month. So you can really see what a difference these projects are making. 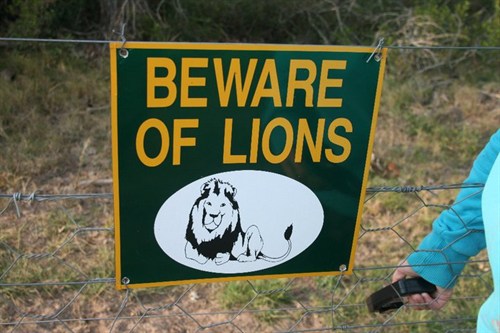 This month we’re in Port Elizabeth, South Africa looking at one of our Conservation Volunteer Projects with some exciting news, so we thought we’d use it as an excuse to take a closer look at our Game Reserve programme. We have been working with this amazing group of individuals for the past four years in their efforts to preserve the endangered White Lions that are already extinct in the Wild. We are also involved in other conservation activities including, assisting the local Elephant sanctuary, treating and giving medical attention to injured wildlife, taking orphaned animals into care, aid operation of several breeding centres and raising education and awareness against poachers and predators. We feel that South Africa is one of the most important hotspots for biodiversity with its rich and unique fauna important to African culture and symbolism, hence why it is a world leader in nature conservation. We strongly believe the work we are backing here is vital to reinforcing that global label South Africa possesses and we cannot express how undermining it is when the importance of conservation is undervalued. 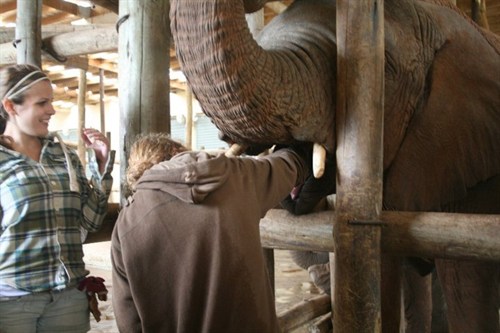 Now for the exciting bit:

Last month they finally had the breakthrough that they, along with Twin Volunteers, have been working towards; the rare birth of a white lion cub on the Game Reserve. We were going to wait until we had received some pictures to write this article, but we can’t hold our excitement in. Just take a look at this picture of a White Lion Cub and maybe you’ll understand why.

As well as not having any pictures, the little guy down in Port Elizabeth is also in need of a name, and we want to hear your ideas. So tweet them at us by clicking on the Twitter logo on the right of the screen, and we’ll be sure to let you know what this cute bundle of fluff ends up being called.

Now, this birth may just be one small step to saving the endangered White Lions, but it is a huge move forward for the Game Reserve, and everyone involved there as well as the many Twin volunteers that have visited deserve a huge amount of credit. This wouldn’t have been possible without them. The birth of this cub also gives huge hope and a lot of motivation to reach the end goal of this programme, which is re-wilding the White Lions so they can once again roam free in South Africa. 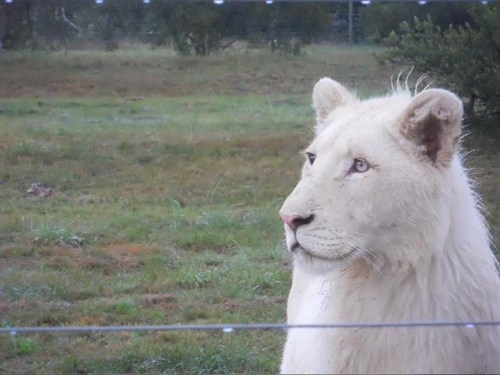 So, that’s our exciting news for the week. We’ll be sure to post pictures of the little one as soon as the Mother becomes less protective and it gets a chance to roam the Reserve, so keep an eye out! We’ll also update you on how everything’s going and if we have a potential Lion King 3 on our hand.