Looking to take a break but don’t know where to go? With some of the most breath taking views and unique destinations in the world, Africa is a must see!

Places to Visit in Africa

Let’s start off in Cape Town: A city known for its outstanding beauty with its sprawling harbour stretching across the bay, and mountains slicing through the city, which together make Cape Town one of the most unique cities in the world. Table Mountain is an amazing mountain known to locals as the ‘Flag of Cape Town’, and it is a much loved landmark. Not surprisingly it is one of one the leading tourist attractions in the whole of South Africa, with tourist using cable cars to get to the top of the mountain or some braver tourists take the more physical route and hike to the top. The view from the top of the mountain has been described as one of the most epic views across the whole of South Africa! On the other side of Cape Town is Table Bay, a natural bay opening out onto the Atlantic Ocean, with amazing views across the harbour can that will simply take your breath away. Cape Town is not just known for its geographical wonders though, and tourists come from all over the world to see its historical landmarks. The most well-known landmark in Cape Town is Robben Island which is home to the prison which Nelson Mandela was held it. It is situated just off of the coast, and is now a museum which you can visit by ferry. Cape Town is also the current seat of the National Parliament of South Africa, making it the legislative capital of South Africa, although the country itself has no true defined capital city. Cape Town is also home to the amazing Soccer City Stadium, which was constructed for the 2010 World Cup.

Second on our list are the East Congo Virunga Mountains, which are home to a long chain of volcanoes consisting of 8 active volcanoes, so definitely the more sweaty choice of locations to visit when travelling to Africa. The volcanoes are a unique sight, reaching the over 3,000 metres high! The most well-known of the eight volcanoes is the Nyriagongo volcano, which is a whopping 2 kilometres wide and contains a devastating lava lake. So you might not want to get too close when taking photos, but never the less it is still an amazing site to see but just a distance.

Next up we’re looking at something which is a little wetter, and a whole lot more refreshing than a live volcano. Just off the coast of Mozambique in the Indian Ocean there is currently a great conservation effort to save the Whales and Sharks that live near the coast line. Conservation projects here are a great way to see a different side of Africa, with most people not even thinking about the amazing wild life living under water off the coast of Africa because they are busy seeing as much as possible on dry land. This is definitely a site worth seeing though. Volunteers who visit Mozambique get the opportunity to scuba dive, spending their time under water monitoring the coral reef and surveying turtle nests. There are also plenty of things to see above water as well, with volunteers experiencing life in the small beach village of Tofu. So, Mozambique may not be the most well-known tourist destination in Africa, but it is definitely one that will leave lasting memories with anyone that visits. Which is why it makes our list of the best places to visit in Africa. 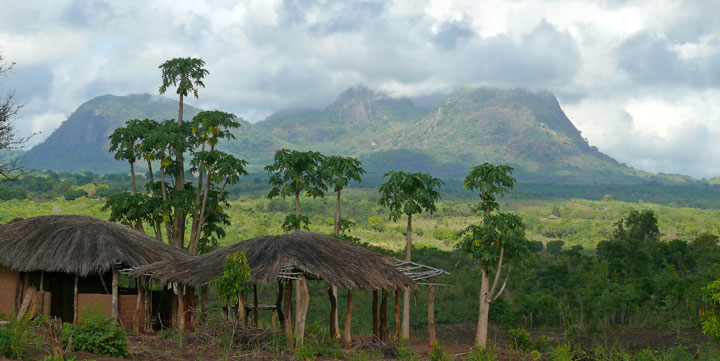 After Mozambique, we can’t help but look up to possibly the most famous destination in Africa. Mount Kilimanjaro, the watchman looking over the whole of Africa. With a stature of 5,895 meters, Kilimanjaro is a monster of a mountain and that is how it has gained VIP entry to so many peoples’ bucket lists. With the very peak of the Mountain being in the clouds most of the time, the view from the top is elusive but for those lucky enough to see it, it is absolutely breath taking. For those brave enough to take on the challenge of climbing Mount Kilimanjaro, getting to the top is a fantastic achievement and something you will remember and cherish for the rest of your life, but it is definitely not something to be taken on easily. There is also the easy option of getting a cable car, although you won’t be rewarded with the views from the top if you take the easy option on this one.

What can we say about Africa then? Overall Africa is an unbelievable and unique place to visit and definitely worth anybody’s time. Hopefully this article has inspired you travel to Africa and explore what it has to offer because there are many more places to visit than the ones mentioned…..