7 Weird and Wonderful Foods You Have to Try in Africa

From termites, to stinkbugs, to bunny chow, to ostrich omelette, 7 weird and wonderful foods that you have to try in Africa.

7 Weird and Wonderful Foods You Have to Try in Africa

Fried termites with a side of mopane worms, anyone? Well, why not a handful of stinkbugs with some bunny chow? Travelling to Africa will introduce you to the weird and wonderful food that you can taste all across the continent.

When visiting the unique and extremely fascinating continent of Africa, you should definitely travel with an open mind and a hungry stomach, and at least try some of the strange but fantastic local delicacies. From stinky bugs to big caterpillars, we have compiled a list of 7 weird and wonderful foods to get your chops around in Africa. 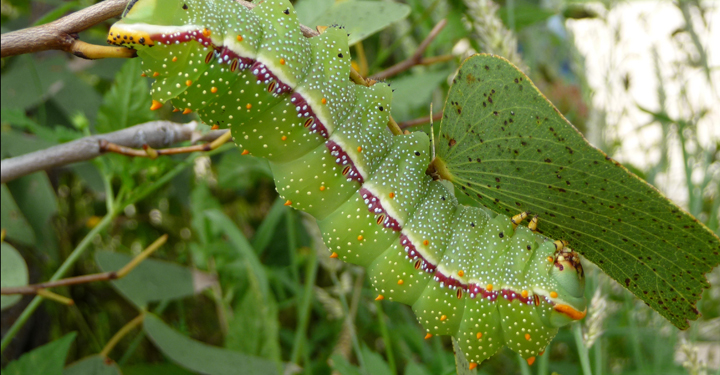 Forget crisps or chocolate, these little guys are actually a popular snacking food in Zimbabwe, a staple food in rural areas and a delicacy in some cities in Africa. Though it may be stomach-churning to imagine yourself chowing down on a crunchy worm between your meals, plenty of people find them to be very tasty, and they can even be nutritious. The mopane worm is actually a caterpillar, and if left to its own devices, will turn into a rather pretty looking moth. The mopane worm is plucked from trees and bushes and given a squeeze to get rid of the guts, before being boiled up with ingredients such as tomatoes and garlic, see it’s not that bad! The mopane worms can also be given a quick fry, and eaten between meals – so soon you could be munching on these worms as a snack…Cadbury who? 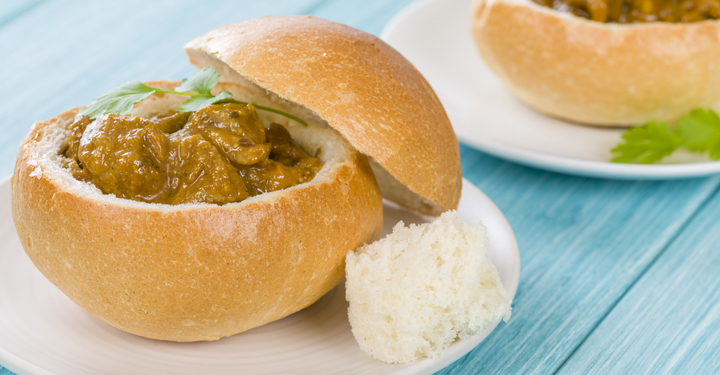 Disclaimer: no bunnies are harmed in the making of this dish. This South African fast-food dish consists of a hollowed out loaf of bread, filled with a deliciously spicy curry and topped with the scooped out bread. This messy-to-eat, filling, saucy dish is usually made with mutton, chicken, mince, lamb or kidney beans, and thankfully doesn’t have a hint of Bugs Bunny in it. The bunny chow was created in Durban, which is home to a community of people of Indian origin, who have influenced South Africa with their incredibly tasty, traditional Indian food – so you have these guys to thank for this amazing, bunny-free food. 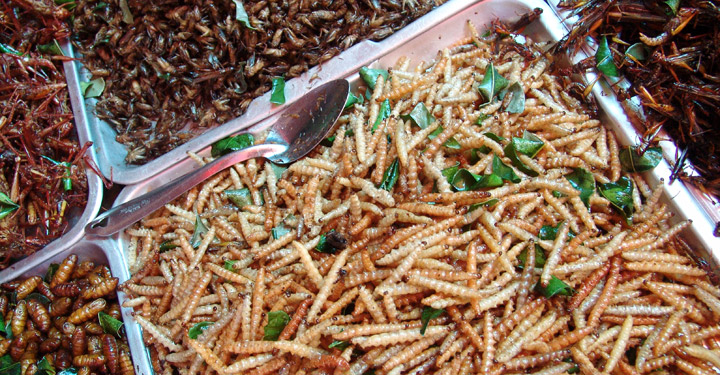 Why bother buying popcorn or sweets if you can snack on termites for free? This one might make your skin crawl, but like with the mopane worms, rural South Africans eat termites as a good source of protein. These little insects are usually eaten raw as tasty snacks after being pulled out of wood that they’ve been feasting on, or are then sold in markets to be brought home and roasted or fried in oil. Also, apparently these insects taste like carrots…but we’ll let you be the judge of that. 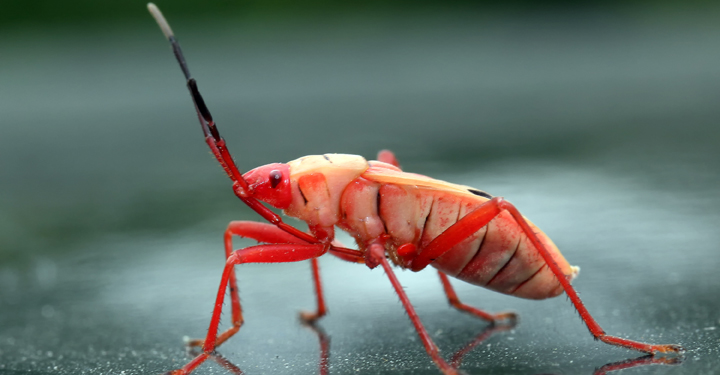 I know, I know, another gross bug…but again this bug is another edible source of goodness. Don’t let the name put you off, you won’t actually taste “the stink” as the stinkbugs are beheaded and squeezed to empty out the green gland that makes the smell before cooking. Once being emptied of the green gland, South Africans usually boil the bugs and then sun-dry them and enjoy them as snacks. These little stinky critters are high in Vitamin B, so are actually quite good for you, and some people say they taste like a blend of cinnamon and iodine. 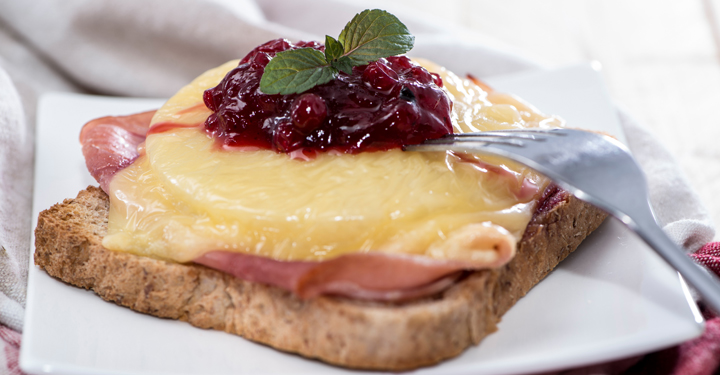 Right now you’re probably feeling a little grossed out by the thought of chowing down on insects and bugs, so here’s a tamer dish. Everyone loves big, juicy slices of pineapple, and everyone enjoys thick, fresh white bread, so why not put both together? For this dish, South Africans serve pineapple between two slices of white bread and butter, and even though it sounds like a strange flavour combination, it actually works well together. Pineapples are very cheap to buy in South Africa, so even if you pile up on the fruit and don’t like it in a sandwich, then at least you can enjoy the sweet taste all on its own. 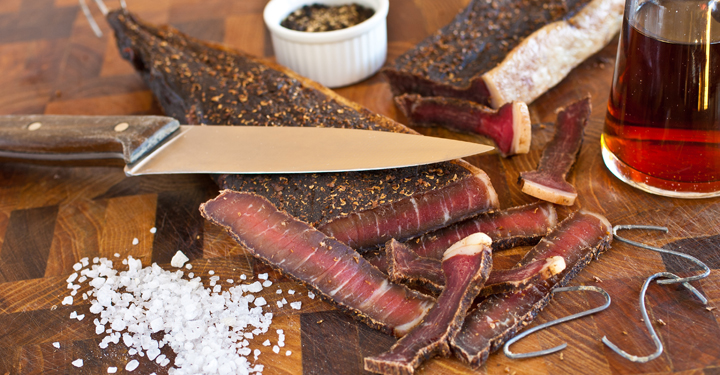 Biltong is perhaps not so much of a weird food, but is definitely wonderful, as it is a South African speciality that most locals live on. It is made from good quality cuts of meat such as rump or silverside, which is seasoned with spices and vinegar and hung out to dry naturally. It may look mouldy or too dry to eat, but biltong is definitely worth trying, as it is extremely flavoursome and tasty. 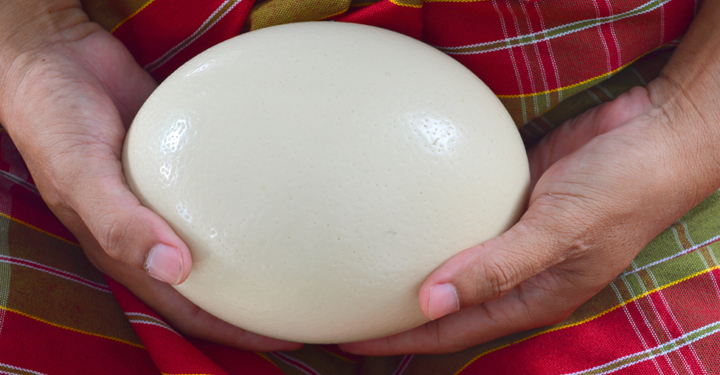 Here’s a dish for omelette lovers to get egg-cited about. In Africa they make the mother of all omelettes with an ostrich egg, which is mighty when you remember that the eggs can weigh more than 3 pounds each. This whopper of an omelette is probably best shared with a few friends, especially since an ostrich egg is equal to 24 normal eggs - we’re not yolking! A traditional African ostrich omelette is served plain and simple, with butter, salt, pepper and parsley.

Have you tried any of these foods? Are there any other weird and wonderful African foods that we have missed off the list? Let us know on Facebook and Twitter, (you can find the links in the bar to the right)!