Want to travel Europe on a budget? Here's our pick of the cheapest yet coolest cities... 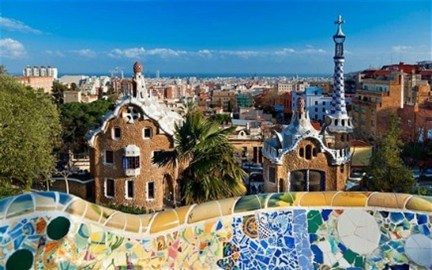 The reason that beautiful Barcelona can justify a place within the ‘cheap’ category is due to the issue of transportation. Inexpensive to reach via low-cost budget airlines and high speed trains, this is a destination that's refreshingly cheap and easy to get to. Once in the city, there's a pool of attractions to keep visitors content for weeks, and it's incredibly easy to get around. With an efficient metro system and open-top bus system, both of which are excellent value for money - tourists can muse the city's surrounds at ease. Simple to navigate and undeniably cool, it's therefore unsurprising that the city attracts a young crowd, many of whom want to gain work experience in Spain. Barcelona's short distance from a sunkissed palm-fringed beach also earns it huge brownie points, enabling visitors to enjoy the delectable combo of city-and-beach-break-in-one. Oh, and guess what? At the beachfront it’s possible to eat on a budget, with a range of cheap and trendy tapas bars lining the promenade! 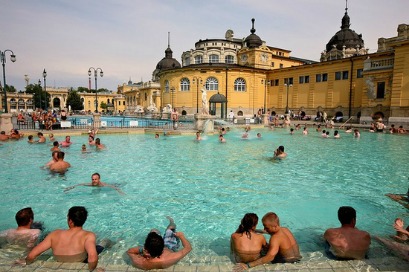 Often described as the ‘most beautiful city in central Europe’, Hungary’s proud capital is overflowing with incredible attractions - yet it remains relatively inexpensive for tourists. Divided in two by the peaceful River Danube, the city is host to a diverse collection of architecture, bustling restaurants, narrow cobbled streets, thermal baths, quaint museums and a turbulent, colourful nightlife. In summer, the city's abundant greenery blossoms into a rainbow of flowers and happy crowds fill the streets to enjoy alfresco dining. Food and drink comes at bargain-basement prices, and servings tend to be absolutely huge - lets just say, you certainly won't go 'Hungary' (sorry!) Given it's appeal and value for money, it's unsurprising that this is a city with a way of warming even the coolest visitors. 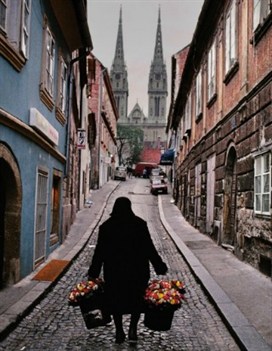 Brimming with old-world style and exhibiting a unique combination of east and west, Zagreb is a city too often ignored by tourists heading to Croatia’s coastline. But those who do decide to enter the capital's realms can are often surprised to find a vibrant city that's wonderful to explore. Teeming with artistic attractions, 16th century architecture, stylish haunts and cafes galore, the city hides a trendy suburb just crying out for discovery. As well as its layers, Zagrabians themselves are incredibly friendly and spend a great deal of time in the great outdoors. This makes it almost impossible not to interact with the smiley locals. 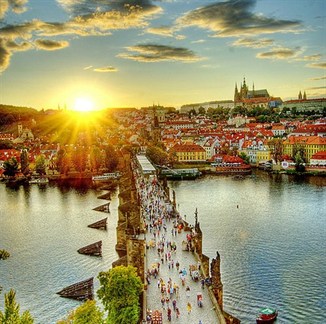 Despite firmly securing its place on the tourist radar, Prague remains a city with low prices – deeming it perfect for budget travellers and gap year students. With an array of charms which can’t fail to captivate, the city is a labyrinth of interesting sections such as the old town with its castle district, plus an abundance of museums, galleries and historic monuments. However, Prague has a youthful aura which precides over the city and those seeking nights out on budget can enjoy inexpensive drinks throughout the city. Overall, there’s plenty to keep you busy here and Prague’s obvious beauty is clear from the get-go.